The medical purposes of Memory Foam 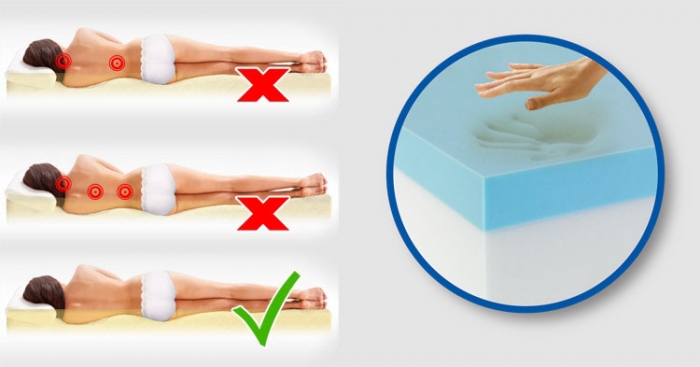 According to Wikipidia the Memory Foam mattrresses where developed for NASA in early 1966 in order to improve the safety of air craft cushions. On the market they got a little bit later, on 1990. They where used as a topper and later as a memory foam mattress.

First, the memory foam was used in the medical purposes to relieve pressure sores.

It was later used for the

After that the range of products was expanded. So in years, memory foam became a new way to respond to temperature and reduce pressure points. Memory foam was commonly used in cases where patients couldn't stand and had to lie in their bed on a firm mattress for a long period of time.

It was also used for

But, in couple of years it became a little cheaper as it was used more for home use as:

This ingredients were combined with the foam in order to eliminate odors and even provide aromatherapy while sleeping. Also Rayon has been used in woven mattress covers over memory foam to increase comfort.

We hope that the history of Memory Foam was useful and interesting for you. And, we also hope that this info made you want to buy a Mattress or a Pillow from Memory Foam that will make you and your family sleep better and more comfortable.

If you want to know more information about the Memory Foam Mattresses and not only stay tuned to www.matco.md or come visit us on 4 Florarii St., Riscani Aria, Chisinau.

More in this category: « 5 reasons to choose Latex Mattresses
back to top